HOW CAN FIRST HOME BUYERS GET ONTO THE MARKET?

Following the recent release of Australian Bureau of Statistics data, it is clear that there is a distinct lack of first home buyers being able to make their way onto the market in recent years. The proportion of young Aussies applying for finance for their first home loan has dropped to its lowest figures in two decades, falling in what the Real Estate Institute of Australia President Neville Sanders describes as a “downward spiral”.

Owning your own home is a part of the Australian dream, and it seems a shame to let it slip past the younger generation that will inherit the future of the nation. Getting onto the property market does require some sacrifices, but also a few savvy decisions to make it easier. Here are just a few options that might suit those struggling first home buyers out there.

1) REMEMBER TO SPREAD YOUR NET

With the rising trend of teleworking, the regions are becoming that much more popular.

One of the largest barriers to home ownership is the dizzying heights that many places in Australasia have reached. It doesn’t matter if you’re an Auckland Kiwi or a Sydneysider – at the moment, we’re all in a similar property market: High values in capital cities, which have pushed many first home buyers (and even some families) to the regions.

However, this is not necessarily the death knell of your property aspirations. The capital cities tend to offer better work opportunities and a shorter commute, but with the rising trend of teleworking, the regions are becoming that much more popular. In fact, one CoreLogic RP Data study from April found that there has been somewhat of a renaissance of young families heading out to coastal and lifestyle markets, where properties are more in their price range.

It might be time for you to consider joining them.

Property has a habit of growing in value quite quickly in the modern market.

It may seem like an odd suggestion to make, as property investment is traditionally one of those things you consider after you’ve bought your first home. However, we aren’t exactly operating in a strictly traditional market any more. It’s time to innovate, and think outside the box.

As Bob Dylan says, “the times, they are a-changin”, but there is one consistent trend: property has a habit of growing in value quite quickly in the modern market. Even places with a cheaper buy-in like Hobart have seen over 6 per cent year-on-year median value gains, according to CoreLogic data – that’s a better rate of return than you would get in most savings accounts!

This suggests that it might be a good idea to get on board with the recent “rentvesting” trend – buying an investment property in an affordable area while also renting yourself in the cities, closer to work. You supplement your mortgage repayments and your rental income with the investment property, while also maintaining your lifestyle; all the while accruing capital gains.

3) GET INVOLVED WITH OTHERS

Buying a home with another Aussie can be a good strategy.

Let’s face it – you aren’t going to be the only one struggling with this issue. There are plenty of young Australians out there who are trying to get onto the property market for one reason or another, but simply lack the capital to put a first deposit together.

This can be a risky choice, especially if you don’t know the person extremely well, but buying a home with another Aussie can be a good strategy – so long as you are both on the same page and are expecting the same results.

Ultimately, buying your first home is a great way to build equity, a good credit score and work your way towards a strong financial position. It can feel like a deeply personal choice, but in reality it should be as much a logical business and financial decision as well. Keep these tips in mind, and you might find that buying your first home becomes that much easier. 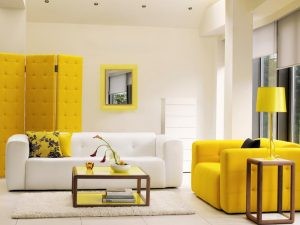